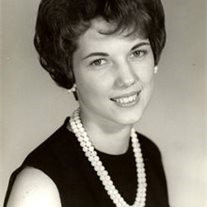 Antoinette "Toni" F. Johnson Lawson, 79, of Cochran, died on Thursday, March 2, 2017, at Serenity Place in Dublin. A memorial service will held at graveside on Saturday, March 4, 2017 at 2:00 P.M. in Pulaski-Bleckley Memorial Gardens. Born in Raleigh, N.C., Toni was the daughter of the late Worth Addison and Pauline Lambe Flynt and was the widow of Elbert Wilton "John" Johnson and William Carlton Lawson. She attended Middle Georgia College and was a graduate of Georgia College. She was retired from The Georgia Cooperative Extension Service, having served as Bleckley County Extension Agent and District Agent. She was a member of First Baptist Church of Cochran, was the first woman to ever serve on the Cochran City Council, and was one of the organizers of Cochran's Jr. Woman's Club. She is survived by her sisters, Dorothy F. Edwards Bishop of Cochran and Sally F. (Randall) Watson of Greensboro; brother, Richard A. (Elese) Flynt of Hahira; and several nieces and nephews, Jennifer(Dane) Stokes of Dublin, Morris Edwards of Cochran, Alison Watson of Washington, D.C., Susan (Anthony) Coker of Atlanta, Ricky (Sherry) Flynt of Johns Creek, Sandra (Lonnie) McKinney of Cordele, and Janet (Roger) Powers of Gainesville. The family will be at the residence on South 12th Street and request no flowers and that instead memorials be made to Cochran First Baptist Church, 101 2nd St., Cochran GA 31014 or Serenity Place Hospice, 504 Parker Dairy Road, Dublin, GA 31021. Fisher Funeral Home is in charge of arrangements. www.fishersfuneralhome.net

The family of Antoinette "Toni " Lawson created this Life Tributes page to make it easy to share your memories.