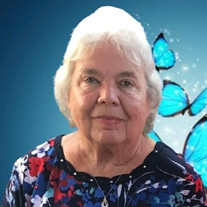 MRS. MARY CAROL YOUNG WILLINGHAM, age 72, of Elizabeth City, NC, formerly of Cochran, GA, died Thursday, December 16, 2021, at Sentara Princess Anne Hospital in Virginia Beach, VA. Funeral services will be held at 2:00PM Tuesday December 28, at Fisher Funeral Home Chapel in Cochran, with Rev. Bill Woodson officiating, with interment in Cedar Hill Cemetery in Cochran. Mrs. Willingham was born in Hawkinsville and raised in Cochran. She was a 1967 graduate of Cochran High School, received her secretarial certificate from Middle Georgia College in 1968, and worked at Middle Georgia College. She married on August 4, 1968, in Cochran and later moved to Oceanside, CA while her husband served in the United States Marines. She moved back to Cochran while her husband served in Vietnam before moving to Camp Lejeune, NC, where she lived for the next year. Carol then moved back to Cochran and lived there for the next five years where she worked for PAR-GAS, Inc. as a secretary. After her husband was discharged from the Marine Corp, he joined the U.S. Coast Guard and they were stationed at numerous places including Memphis, TN, New Orleans, LA, Elizabeth City, NC, Savannah, GA, Jacksonville, FL, and Sitka, AK. While in Memphis, she worked for the U.S. Army as a supply clerk, which began her civil service career, and spent over 21 years at the U.S. Coast Guard Base in Elizabeth City, NC, where she retired in 2010. Carol was a dedicated wife and a loving mother, grandmother, and aunt. She enjoyed camping, cooking, collecting recipes, playing bingo, and going to garage sales. She was a member of Riverside Methodist Church in Elizabeth City, NC and a former past vice-president for the Chief Petty Officers Auxiliary in Elizabeth City, NC. Carol was preceded in death by her Mother and Father, Jewel Belflower Young and Jack Young. She is survived by her Husband – Kenneth M. “Ken” Willingham of Elizabeth City, NC; three daughters, Jennifer Joy “JJ” Willingham Beale (Carlton) of Ahoskie, NC, Jan Marie Willingham Tripp (Sean) of Hertford, NC and Julie Willingham (Bobby Garrett) of Elizabeth City, NC; eight grandchildren, Damion Freeman, Connor Tripp, Kenlie Garrett, Alexis Elmore, Gabreal Tripp, Heaven Tripp, Michael Garrett, Dylan Garrett and two grand dogs, Bandit and Marley; two sisters, Bonnie Bowman and Dena (Dawann) Smith, all of Cochran, GA; and a brother, Larry Young also of Cochran, GA and several nieces and nephews. The family may be contacted at the residence of Bonnie Bowman, 131 Alderman Drive, Cochran, as of Monday December 27, and will receive friends in Fisher Funeral Home Chapel on Tuesday, December 28, from 12:30PM-2:00PM before services. In addition to flowers, the family request contributions to St. Jude Children’s Research Hospital, www.stjude.org.

The family of Mrs. Carol Young Willingham created this Life Tributes page to make it easy to share your memories.

Send flowers to the Willingham family.