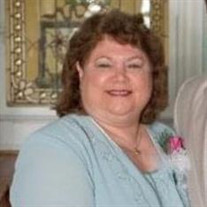 Funeral services for Elaine Threatte Wade, of Bleckley County, who died Friday, December 10, 2021, in Acworth, Georgia will be held Monday, December 13, 2021, at 2:00 P.M. in the chapel of Fisher Funeral Home. Burial will be private in Mt. Calvary Baptist Church Cemetery. The family will greet friends following the service on Monday. Elaine Threatte Wade was born to Raleigh Kenith Threatte and Elveda Threatte on August 24, 1950 in Statesboro, Georgia and raised in Claxton, Georgia. Elaine was the youngest of three children. Her older brothers, Raleigh Allen and David Warren Threatte, have been long term residents in the Claxton area. She received her BSED in Social Studies Education in 1972 and her MA in History in 1982, both from Georgia Southern College. She received her PhD in History in 2001 from Georgia State University. Between 1973 and 1983, Elaine taught at Lakeshore High School in College Park, Georgia, at Springfield High School in East Dublin, Georgia, at Bleckley County High School in Cochran, Georgia, and at Bleckley County Middle School in Cochran, Georgia. She returned to Bleckley County High School in 1986 to teach Social Studies. She remained at BCHS until she retired in 2014. On June 30, 1974, Elaine married Alton Frank Wade, Jr. from Cochran, Georgia, who had been a fellow student at Georgia Southern College. At the time of their wedding, they were both living in Atlanta, Georgia. Frank was a CPA with the Touche Ross CPA firm, and Elaine was a World History teacher and JV Cheerleading coach at Lakeshore High School. The couple lived for two years in Atlanta before returning to the middle Georgia area. Frank and Elaine joined the First Baptist Church of Cochran, and Frank served as an usher until his death in 2002. Frank was the son of Alton Frank Wade, Sr. and Mildred Wimberly Wade of Cochran, Georgia. His elder sister, Beverly Wade, was a teacher at Perry Middle School in Perry, Georgia. Elaine was enormously proud of her teaching career and all the students’ lives she impacted over 30 years of service. Although she taught at other schools, her heart has always been at BCHS, and she is a lifelong Bleckley County Royals fan and ardent supporter. She has a dazzling array of purple and gold clothing, loved creating history Jeopardy games for her students, and attended almost every high school football and basketball game. She taught US History and Government/Economics at BCHS, plus sponsored the school annual staff and founded the Academic Team. She remained an active member of the faculty until retirement in 2014. Following retirement, Elaine devoted herself to her children and grandchildren, as well as reading a multitude of history books. Awards and Achievements: Board Plaque for organizing the Charter BCHS Academic Team, 2 Recognitions for Service from the Bleckley County Board of Education For Working with the Academic Team, Runner- up Award on WMAZ Channel 13 Teen Challenge Competition, 1st Place State District Winner Academic Team Competition, several region Academic Team wins, President of the Georgia Academic Team Association for four years, Star Teacher 1982-83, Star Teacher 2005-06, and Star Teacher 2006-07. Elaine also taught 13 history courses for the Mercer University Extension School in Eastman over 14 years. She served as a member of the Bleckley County Democratic Party for many years and as Chairman of the Democratic County Party for six years. Elaine has been a resident of Bleckley County since 1976. She passed away following a long illness and is survived by her three adult children: Stacie Elaine Wade Stoner of Atlanta, Georgia; Kinsey Wade Erwin of Jacksonville, Florida, and Alton Frank Wade, III (Trey) of Cochran, Georgia. She is also survived by Stacie’s husband, Scott, and their son, Eli; Kinsey’s husband, Marc, and their two children, Greyson and Laurel; Trey’s wife, Danielle, and their two daughters, Everly and Millie Kate. Elaine is survived also by an older brother, Allen Threatte of Claxton, Georgia, and many nieces, nephews, and cousins. Elaine will be buried beside her husband, Frank Wade, at Mt. Calvary Baptist Church Cemetery in Cary, Georgia. In lieu of flowers, donations can be made to the Georgia State University History Department, the Cochran Cornerstone Church Food Bank, or St. Jude’s Children’s Hospital.

Funeral services for Elaine Threatte Wade, of Bleckley County, who died Friday, December 10, 2021, in Acworth, Georgia will be held Monday, December 13, 2021, at 2:00 P.M. in the chapel of Fisher Funeral Home. Burial will be private in Mt.... View Obituary & Service Information

The family of Mrs. Elaine T. Wade created this Life Tributes page to make it easy to share your memories.

Send flowers to the Wade family.