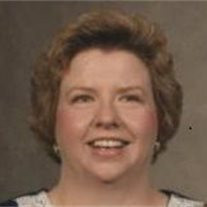 Lillie Jane Belflower Boyd "Granky", 72 of Oxford, GA , passed away on December 2, 2015 after an extended illness. Visitation will be held in Conyers at Scott Ward Funeral Services on Friday, December 4th from 6:00pm to 8:00pm and in Cochran at Fisher Funeral Home on Saturday, December 5, 2015 from 2:00pm to 3:30pm. A graveside service will be held on Saturday, December 5, 2015 at 4:00pm at the Roddy Community Cemetery. Mrs. Boyd was born in Roddy, GA on January 25, 1943, the daughter of the late Marvin Clarence Belflower, Sr. and Rosa White Belflower. She graduated from Dodge County High School and went on to receive her nursing diploma at Georgia Baptist School of Nursing, later earning a BSN from Clayton State University. Mrs. Boyd was married to John C. Boyd, Jr. on April 16, 1965 and they were married for 50 years. Mrs. Boyd retired after working 25 years as a Labor and Delivery nurse at DeKalb Medical Center. She loved it when former patients would stop her and introduce her to their growing "babies". In her retirement she also enjoyed working part time in the outpatient surgery center at Newton General Hospital. Her passion for mothering and grand-mothering drove all of her other interests. She was President of the Edwards School PTA and worked as a tireless volunteer at Honey Creek Elementary, Edwards Middle School and was co-president of the Heritage Band Boosters Club. She was a volunteer with the Clayton County Rape Crisis Center and a volunteer for the 1996 Olympics. Once she became a Granky, she devoted herself to the love and care of her four grandchildren. She was preceded in death by her parents, Marvin and Rosa White Belflower; brothers, William H. "Billy" Belflower and Marvin "Junior" Belflower. Mrs. Boyd is survived by her husband, John Crawford Boyd Jr., her daughters Jennifer Miller of Watkinsville and Julie Wilson of Oxford; her son-in-law Stephen Miller Jr.; her grandchildren Slawson Wilson, Savannah Wilson, Crawford Stephen Miller, Ella Jane Miller; her sister Joyce (Charles) Belflower Goolsby, her brother, Kelly (Deborah) Belflower of Roddy, along with many nieces and nephews. In lieu of flowers, contributions may be made to Roddy Community Cemetery fund, 2690 Roddy Hwy. Cochran, GA 31014 .

Lillie Jane Belflower Boyd "Granky", 72 of Oxford, GA , passed away on December 2, 2015 after an extended illness. Visitation will be held in Conyers at Scott Ward Funeral Services on Friday, December 4th from 6:00pm to 8:00pm and in Cochran... View Obituary & Service Information

The family of Lillie Jane Boyd created this Life Tributes page to make it easy to share your memories.

Send flowers to the Boyd family.