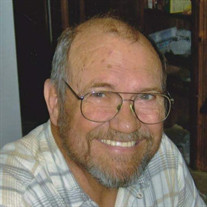 Riley Mack Grantham Jr, 81 of Cochran, died at his residence Monday, Sept. 23 2019 with his loved ones at his side, following a short battle with cancer. He leaves behind his daughters, Lisa Walker, Lynn Hawkins and Ginger (Ron) Asmus, all of Cochran. His grandsons, Jack (Kristin) Walker III, Clint Hawkins, Riley Mack Moore, Coley (Rina) Grantham and Clay Hawkins ; great-grandkids, Morgan Rae and Macey Walker, Cannon Hawkins, Gunner, Kade and Briggs Grae Grantham. He was preceded in death by his only son, Tracy Riley Grantham. He was born in Cochran on Nov. 2, 1937 where the present day State Bank is located on Beech St. in Cochran, the son of the late Riley "Bud" Mack Grantham and Pearl Floyd Grantham. He was known to most as Mr. Mack, a self made man. He loved his family and always provided well for them. He began at an early age working for what he needed and occasionally for something he just wanted. While in high school, he worked at the Vogue Theater operating the movie reels and also had a Macon Telegraph & News paper route. He was a 1955 graduate of Cochran High School. He began his 33 year career at Robins Air Force Base at the age of 19 where he received several certificates and awards for his performance as an Inventory Item Management Specialist. He was an avid farmer for many years and loved the outdoors. He had several businesses along his journey, Mack's Food Mart, The Hangout Game room and The Ice House. He operated Grantham's Garbage Service for 43 years before passing it to a family member. After retirement from the civil service, Mack became a jack of all trades. He has been a well known landlord in Bleckley County for close to 60 years. Mack was one of a kind. His smile would definitely brighten your day. Mack would give you the shirt off his back, Friends or Stranger. You might get a good chewing out first but that was just Mr. Mack. He was always a hard worker and talented in his own ways. Mack had his way of fixing things. We called them "Mackadoddles." He got his real estate license in the 1980s and the rest of the story is legacy, "Mack don't sell." Funeral services will be held Friday Sept. 27, 2019 at 6:15 PM in the Chapel of Fisher Funeral Home. Immediately following the service, all are invited to greet the family and gather in fellowship with friends and loved ones in the chapel. Burial will be the following morning Saturday at 10:30 AM in the Grantham Family plot in Cedar Hill Cemetery and friends are welcome to attended.

Riley Mack Grantham Jr, 81 of Cochran, died at his residence Monday, Sept. 23 2019 with his loved ones at his side, following a short battle with cancer. He leaves behind his daughters, Lisa Walker, Lynn Hawkins and Ginger (Ron) Asmus, all... View Obituary & Service Information

The family of Mr. Riley Mack Grantham Jr. created this Life Tributes page to make it easy to share your memories.

Riley Mack Grantham Jr, 81 of Cochran, died at his residence...

Send flowers to the Grantham family.